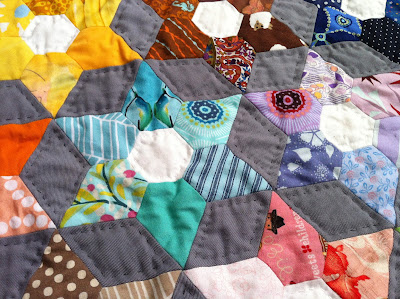 When my husband and I went to London last year, I brought along an English paper-piecing project to work on during the plane ride and down time in the city (you can see the start of it here). 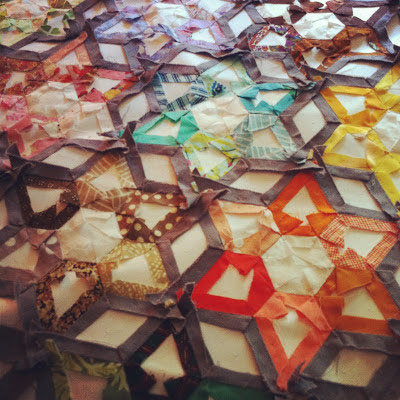 In the months that followed, I continued to work on it, and this past fall, I finally finished it. 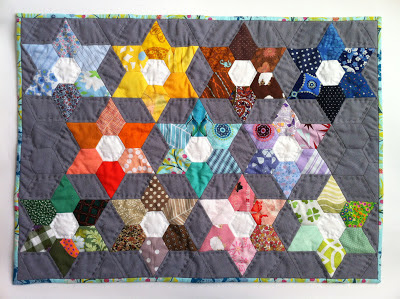 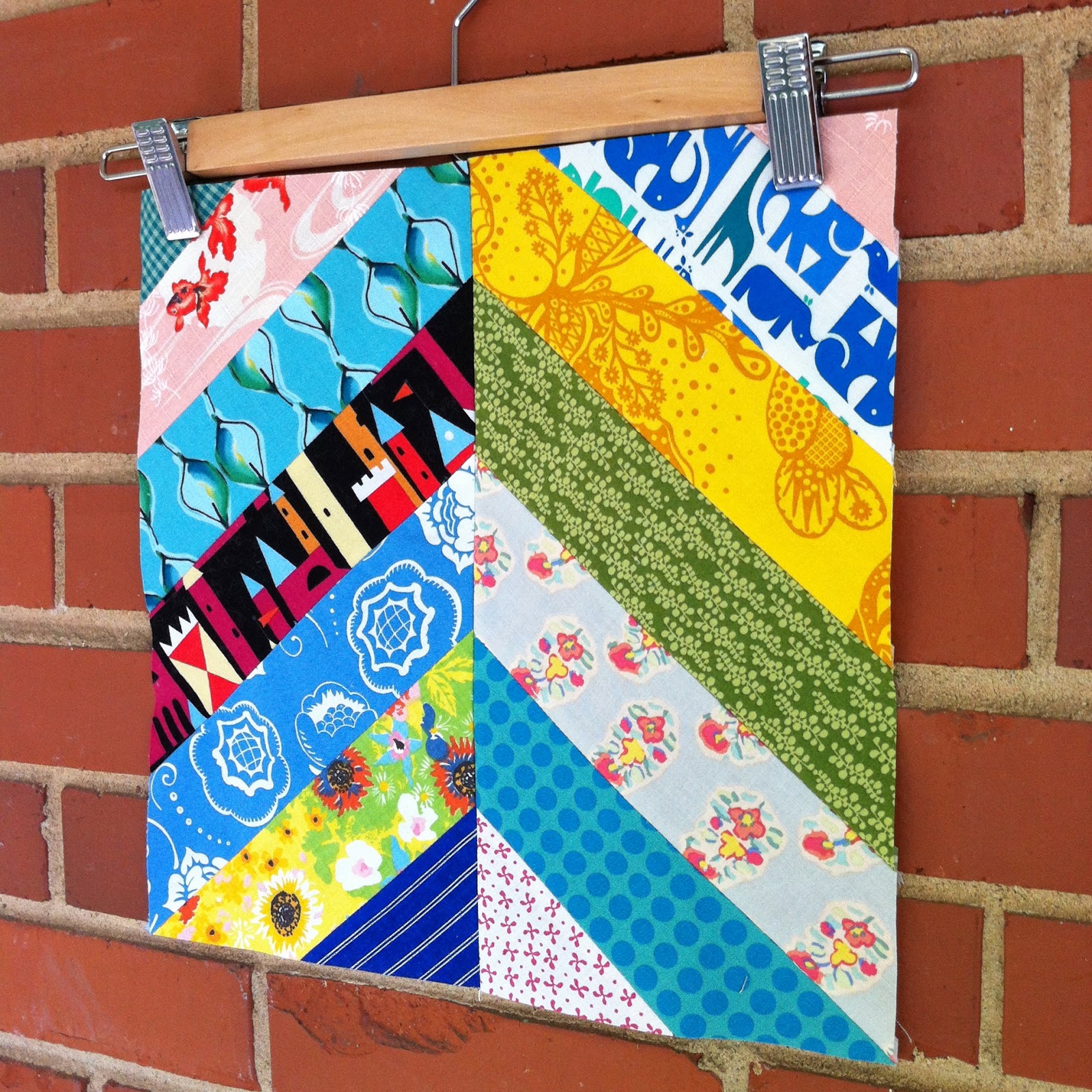 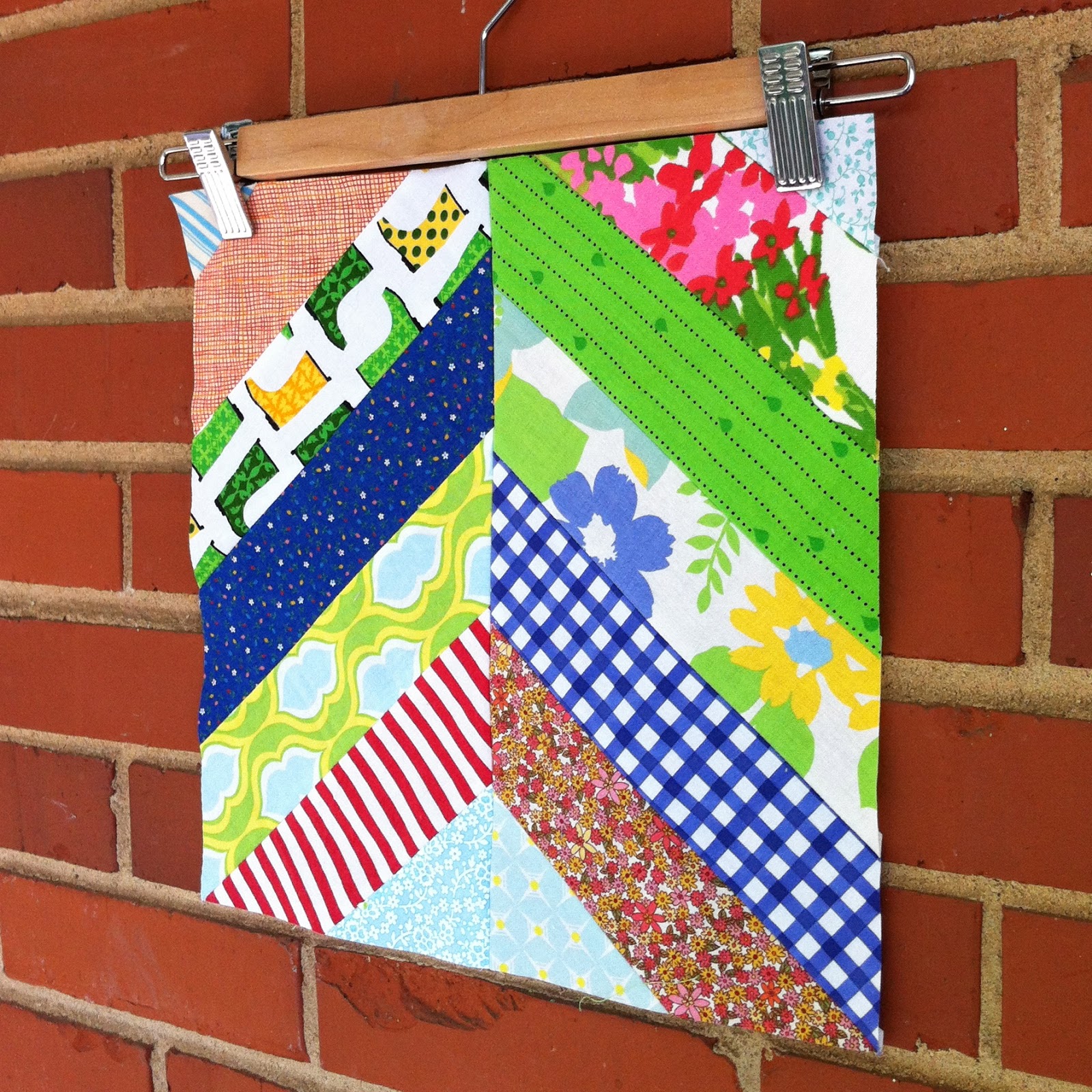 Herringbone blocks I made from colorful scraps for Sonya for October's quilt for the Wish Circle of do. Good Stitches. Tutorial found here.
Read more →
0 comments
Tags: do. Good Stitches, quilt block, scraps 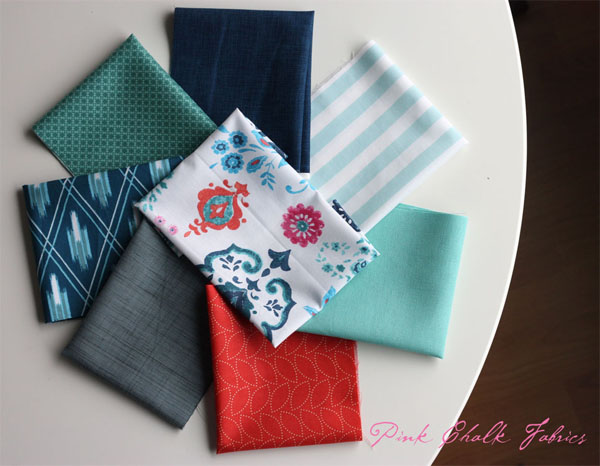 When Rachel at Stitched in Color announced that she was going to be doing another scrap challenge (I loved the results of the first!), I immediately volunteered to participate and was so excited when I was one of the four people selected to create something using all of the scraps pictured above. 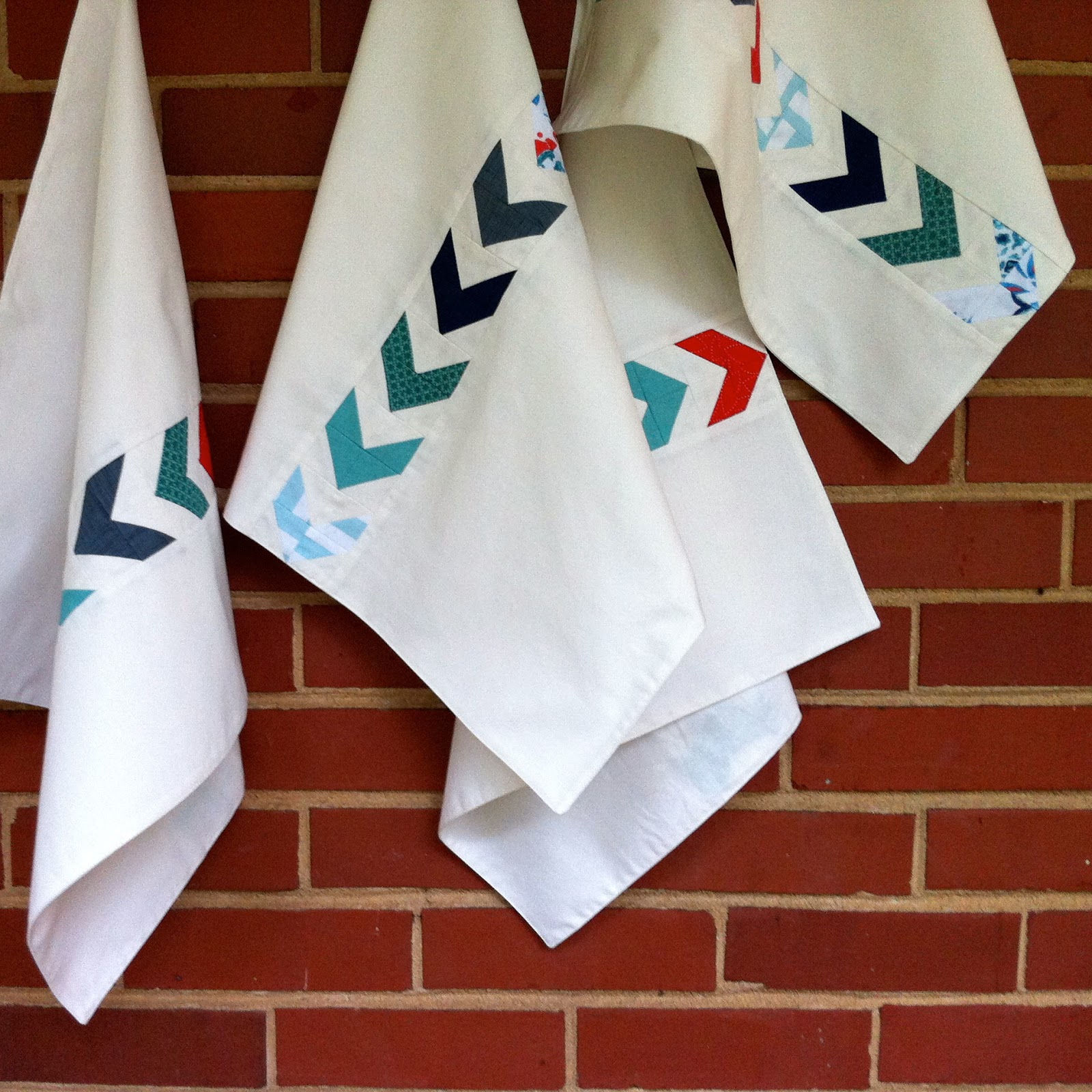 My husband and I are heading to a wedding soon, so I figured this would be a great opportunity to make...
Read more →
0 comments
Tags: half-square triangles, napkins, scraps 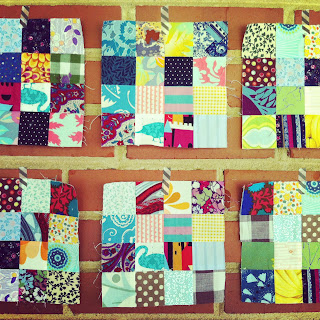 For this month's do. Good Stitches blocks, my circle, the Wish Circle, made postage stamp blocks for Alyssa using Rita's tutorial over on Red Pepper Quilts. 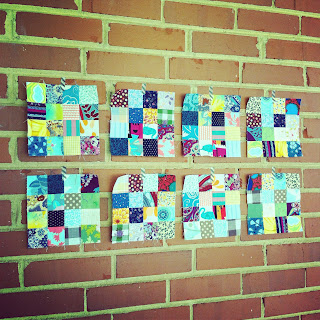 I pulled a bunch of scraps from my bin and pieced these together (the first project I've tackled in my new sewing space!) while watching Gossip Girl (it's so addicting and so good!). I'm pleased with how the blocks turned out and am excited, as...
Read more →
0 comments
Tags: do. Good Stitches, quilt block, scraps 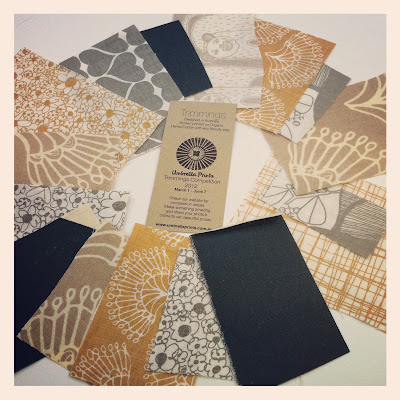 After the rush of getting ready for this month's craft fair was over, I finally had a chance to sit down and work on my entry for the Umbrella Prints Trimmings Competition. [Umbrella Printsis an Australian textile house, specializing in hand-printed fabrics.] After staring at the neutral scraps I was sent (pictured above), and rejecting a number of ideas, I finally decided to try out Elizabeth...
Read more →
0 comments
Tags: contest, mug rug, scraps, screen-printed fabric, umbrella prints
← Previous 1 2 3 4 Next →